Jamie Raskin, one of the most vocal members of the House committee investigating the plans to subvert the US 2020 elections and the events that took place on January 6 2021, is straightforward when addressing the threat that Brazil’s democracy face just two weeks away from its national elections. Along with 38 other members of Congress, Raskin helped compose a letter to the Biden administration urging them to make it “unequivocally clear” to president Bolsonaro that Brazil will find itself “isolated from the United States and the international community of democracies should there be any attempts to subvert the country’s electoral process”.

Raskin said there is a “global dimension” to threats to democratic institutions around the world. For this reason, he has been focusing on investigating the ties between the world’s autocrats – he stresses he can neither speak for the entire committee nor anticipate the contents of the final report, which is due out before the end of the year.

The January 6 Commission will deliver its report by the end of the year – so there is not much time ahead. But in a meeting with a group of Brazilian civil society members recently, you said the commission would start to focus on international connections. Why are you focusing on this and has this line of investigation advanced in any way?

The committee is very well aware that we’re seeing democratic institutions under siege all over the world. And we are also seeing strong global connections among different authoritarian and autocratic movements. So the committee is trying to take full measure of the magnitude of the threats that are bearing down on American democracy. And there is a global dimension to this threat, just as there is a global dimension to threats to democratic institutions in other countries. We’ve seen recently reports about Vladimir Putin’s very heavy spending in order to influence elections and campaigns in other countries. So I am hopeful that our final report will try to take account of this global dimension of the problem we’re facing in defense of democratic institutions.

Is the Comitee looking at the ties between the U.S. alt-right and the Brazilian far-right, president Jair Bolsonaro’s supporters? Former Trump spokesperson Jason Miller has recently been in Brazil to attend a pro-Bolsonaro rally. He has also been supporting Bolsonaro’s reelection campaign through Gettr. And just a week ago, Trump endorsed Bolsonaro as well.

Do you believe that we what we are seeing is an international conspiracy to overturn elections or democracies?

I don’t know if I would use that word, but I definitely believe that the democratic governments and political parties are in a struggle with the autocrats, the kleptocrats and the theocrats. There’s a very powerful struggle taking place between democratic forces within each country and forces of authoritarianism and disunion. This is taking place within each society and it is also taking place on a global level. And you can see it pretty clearly around the Russian invasion of Ukraine, where the authoritarian political forces and autocratic governments have endorsed the invasion and are standing behind Putin, while the democratic movements, parties and governments are strongly supporting President Zelensky and the people of Ukraine.

What is your view on the future of Brazilian democracy? In the past couple of weeks, Bolsonaro has been prominent in the U.S. press and there has been a lot of coverage that he is basically using Trump’s playbook. Are you concerned about what can happen in Brazil?

Autocracy is like a contagion and violent efforts to overthrow democratic institutions operate like a virus. The people of Brazil have the right to choose their own leaders and to participate in free and fair elections. Brazil is obviously a very large and important democracy, and we need to make sure that any Trump-style destabilization of democratic institutions in the country will fail.

The U.S. government has been quite forward in sending strong messages that it would not support anything of the sort. The US embassy in Brazil has said that our electronic ballot system is “a model for the world”. You have received the civil society mission very openly. How far could the U.S. government or Congress go if something a January 6 scenario happens in Brazil?

The Brazilian people have the benefit of the American people’s experience on January 6. Brazil saw that our election was nearly toppled and that our whole democratic system of government was in peril. I hope the people of Brazil can learn from the example of what happened to us. But I know that President Biden and the majorities in Congress today would act aggressively to support Brazilian democracy and reject any efforts to destabilize or overthrow it.

We have composed a letter to the Biden administration – together with Senator Sanders and other senators – telling them that we need to be prepared to act aggressively in the event of any Trump-style provocations against democratic institutions and elections in Brazil. This outlines the number of steps that we propose the administration take if that were to happen. For example, a review of Brazil’s status as a global NATO partner, US support for Brazil’s accession to the OECD, and future bilateral defense and security cooperation.

What impacts could there be in Latin America if something like this were to happen in Brazil?

Brazil is the largest country in Latin America, so the destabilization of democratic constitutionalism in Brazil could have a corrosive effect throughout Latin America. And we don’t want that to spread. On the contrary, we want Latin America to be a strong bulwark for elections and democratic institutions.

You said Brazilians can learn from what happened in the U.S. in which steps can be taken. We are now two weeks away from the elections. What should have been done different in the U.S. that we can still do in Brazil?

A leading misinformation expert in the US, Claire Wardle, told me once that the US has become the biggest exporter of lies about elections in the world – meaning that autocrats everywhere are following Trump’s playbook. On the other hand, in Brazil and many other countries, such lies spread through social media, which are almost all except for TikTok – US companies, based in Silicon Valley, which have not been regulated in the US. What is the US’ overall responsibility in this global trend?

Donald Trump has recently said, regarding the documents seized at Mar-a-Lago, that if he is indicted, there would be trouble. How does the commission intend to make sure that Trump’s responsibility is properly addressed?

The role of our committee is to make a comprehensive report to Congress and the American people about what happened on January 6, and why it happened and how to prevent any kind of repetition in the future. We are not a prosecutorial committee. It is up to the United States Department of Justice to pursue criminal investigations. The Department of Justice should not be intimidated in any way in its work by threats of criminal defendants that there will be violent retaliation. If there is violent retaliation, that in itself is a crime. And our American law enforcement does not back down in the face of violent criminal threats. We have we have strong law enforcement institutions. We have strong police. And they don’t back down in the face of violent threats from the Mafia or other organized crime or the architects of political violence. 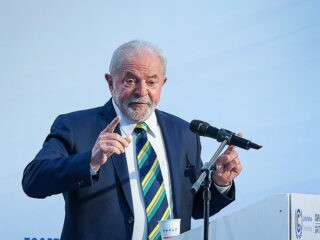