Rio 2016: City counts the human cost of Olympics after eight killed by police and thousands of families evicted

As an army of 10,000 Olympic stars of track and field headed for home today, the city was counting the huge cost of hosting the ‘Greatest Show on Earth’.

At least eight people were killed by police during the Games while more than 22,000 families were evicted to make way for Rio 2016 projects.

Violent police operations were carried out in several areas of Rio de Janeiro, including Del Castilho, Maré and Cantagalo, where people died – and the number of fatalities could rise, according to Amnesty International.

Two police officers were killed during the first ten days of the Games as law enforcement cracked down on Brazil’s “war on drugs” with a heavily-armed approach, the human rights group says.

Campaigners say that people living in the city reported other human rights violations including home invasions, direct threats and physical and verbal aggression by police.

Meanwhile thousands have lost their homes because of Games-related construction work, according to charities and campaign groups working with the poor in the city.

The only favela which authorities here officially admit to removing for the Olympics was Vila Autodromo, once home to 500 families alongside the Olympic Park.

The games cost Brazil an estimated £10billion including infrastructure projects, though there are critics who warn that may rise as high as £15bn once all the various emergency loans for the games are taken into account.

Rio state declared itself in a “state of calamity” before they opened, as many public workers such as teachers and police had gone months without their salaries.

Students occupied schools, including ‘sit in’ protests against overcrowding, lack of staff and loss of essential amenities such as running water.

Meanwhile, Rio residents have learned their electricity bills will shoot up this year to pay for the energy used at the Games.

That led to resentment over the event – and poor ticket sales for the Games and forthcomng Paralympics.

The high cost projects include the Transolimpica expressway, built to take visitors from the venue in Deodoro in the north of the city to the Olympic Park in Barra de Tijuca.

Families were also taken out of Metro Mangueira, next to the famous Maracana stadium, scene of the closing ceremony early today.

This was meant to be a car park, but the site remains empty. Some were rehoused, but often this was in far flung locations such as Campo Grande, another city 60km (40 miles) from Rio centre.

Maria do Nascimento, moved from the Vila Harmonia favela three years ago, was forced to travel by bus while in labour.

The nearest maternity hospital, Hospital Lourenco Jorge, was so far away from her new home, it took her three hours to get there.

“If it had taken any longer, she would have been born while I was on the way.

“The Transoeste highway didn’t exist then, you had to go over the mountains.

“To have her, I walked up to the road, full of pain.

“I waited for the bus, which in those days was the 54 which went over the mountains. I got to Recreio, then I had to get another bus to the Lourenco Jorge hospital. It was about 12.50pm when I got to the maternity ward. I had my daughter just after 1pm.”

Brazilian investigative site Agencia Publica has taken 100 accounts of evictions all over Rio.

Many told how intimidation and force were used to take them out of their homes, and that tiny sums of compensation for their homes or rehousing in government blocks far from services or transport links were the norm.

On June 3 last year, municipal guards beat and used rubber bullets on residents of Vila Autodromo who were resisting eviction.

Naomy Oliveira was 14 when her house was removed. “They only want evictions because they want to remove poor people,” she said.

“The Olympics themselves are not so bad, it is the way they are carried out. We were taken out as if we were dogs.”

She has since been rehoused in a nearby apartment after a long battle. Naomy, subject of ‘The Fighter’, a movie made in conjunction with charity Terre des Hommes (Land of the People) fought the bid to have her evicted and demanded their rights be recognised.

Yet they are the exception. Visitors complained about the long travel times between venues, which was thought to be a reason many Rio residents were put off attending, leading to empty seats.

Those who were removed from their homes believe the choice of location was made to favour real estate developers wanting to profit from new projects in the upmarket Barra de Tijuca area.

An opportunity to regenerate a deprived part of town, as happened in London 2012, was missed.

Web links: Terre des Hommes is investigating the impact of mega sporting events on children. Visit childrenwin.org for more. Agencia Publica’s 100 stories of evictions can be found at apublica.org/100 in English and Portuguese. 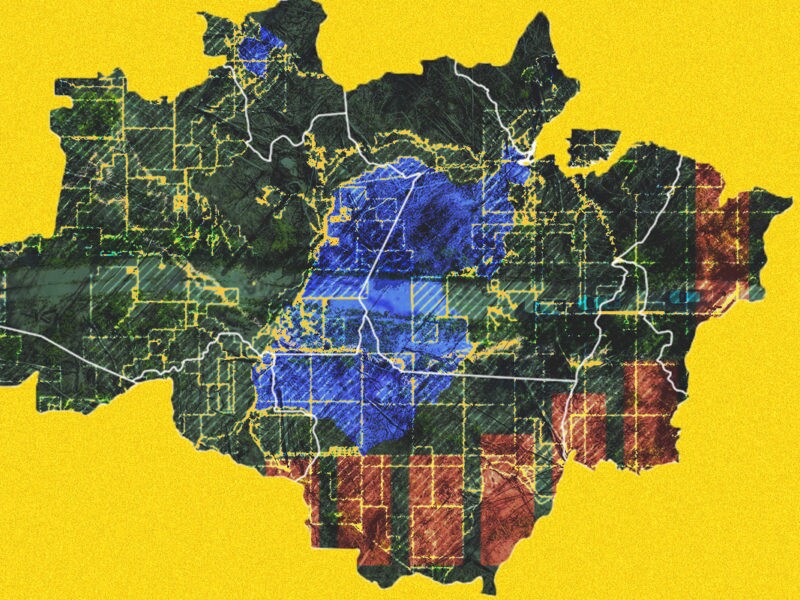